Discover Apple’s Most Popular Games of 2021

Apple has revealed the most downloaded apps and games of 2021. The 2021 App Store Awards recognized 15 different apps and games as the best of 2021. Some were surprising, while others were more expected to win specific categories. Apps and games are needed to impact someone’s life significantly, be groundbreaking in their field, or do something different from what’s currently available to receive an award. The featured app winners are:

This app won the “iPhone App of the Year” award. It’s a virtual world that allows kids to create their characters and share them with others. Players can also build their ideal world by designing houses in more than 90 locations. According to Sensor Tower, the app had about 1 million downloads and generated around $7 Million in November 2021. 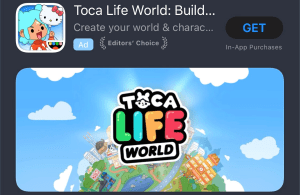 This app won the “iPad App of the Year” award. It allows users to edit video clips using any device. Features include a multi-track timeline with unlimited video and audio tracks, support for photos and titles, playback at up to 4K resolution, built-in media store (including royalty-free music), support for most common graphics formats, voiceovers, etc. audio effects, color grading and more. This app could be very beneficial for businesses that need to edit quickly and on the go.

This app won the “Mac App of the Year” award. It’s all about creativity and allows players to create anything they can think of using an extensive collection of shapes, patterns, stickers, tools, and more. Other features include:

Over 1 million unique user-generated worlds are available for everyone to play.

A fully integrated online store where players can access new content by spending currency earned in the game. 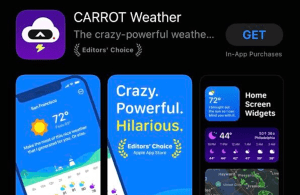 This app won the “Apple Watch App of the Year” award. It’s an easy-to-understand weather app that uses humor to inform users about current forecasts, temperature, humidity, precipitation, and more. Other features include access to live weather radar maps, daily & hourly forecasts, Sun & Moon information, wind details, records, and more. This app could be an asset for outdoor travel and camping businesses to plan activities properly. 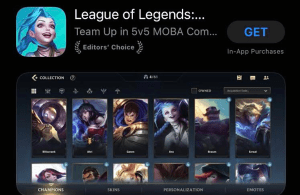 This app won the “iPhone Game of the Year” award. It’s a MOBA game that features two teams of five players who compete to destroy the heart of their enemies’ base before they can do so themselves. Other features include customizable heroes, crafting materials, runes and masteries, nine different maps featuring different gameplay, and more.

This app won the “iPad Game of the Year:” award. It’s a role-playing game in the Marvel comics world and features turn-based combat, iconic characters, 3D graphics, and more. Players can collect over 100 heroes/villains, access special events every month with new content and quests, and more.

These are some of the most downloaded apps and games in 2021. They helped users delve into individual ardor, explore their creative selves, have new experiences, and have fun. 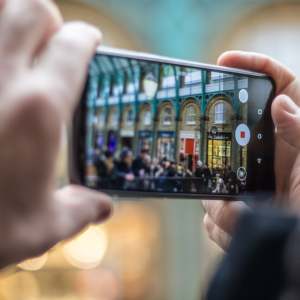 Top 10 Apps for Shooting and Editing

Videos are more popular than ever, whether you’re a filmmaker, small business owner, or just want to share an experience with your family and friends.

10 Best Investment Apps For Millennials in 2022

It’s no secret that technology has had a profound impact on the investment industry. Investment apps have made it easier than ever for millennials to

We are a premiere digital innovation agency based in Los Angeles. We have been building award winning mobile applications for emerging brands, startups, and enterprise clients since 2014. We work as an extension of our clients’ businesses, providing them with the agility of a startup with the proven know-how of a world-class design agency.